Prayers are powerful.  GOD hears our prayers.  Prayers can be said in times of trouble.  Prayers are often said to give thanks.

Brielle and Evan both knew the power of prayer.  GOD was with them at all times.  They felt his presence.

It was a powerful story that clearly demonstrated faith and loyalty.  Brielle and Evan came from different paths but shared these traits.  This common thread tied them together.

I loved the story.  Misty M. Beller has become one of my favorite authors.  I discovered her books from  Celebrate Lit.  I am always waiting anxiously for her next book.

I received this ebook from Celebrate Lit to give a review.

Mark 11:24 ESV / Therefore I tell you, whatever you ask in prayer, believe that you have received it, and it will be yours.

To Everything There Is A Season, October 3

For Him and My Family, October 4

For the Love of Literature, October 8

Through the Fire Blogs, October 10

The Meanderings of a Bookworm, October 12

Brielle Durand still feels haunted by the massacre that killed her mother a dozen years before. Vowing to never let it happen again, she’s risen to be the key defender for her people’s peace-loving French settlement living in hidden caves in the Canadian Rockies. When a foreigner wanders too near to their secret homes, she has no choice but to disarm and capture him. But now, what to do with this man who looks at her in a strange way and insists he can be trusted?

Hoping to escape past regrets, Evan MacManus ventured into the unknown, assigned to discover if the northern mountains contain an explosive mineral that might help America win the War of 1812. Despite being taken prisoner, Evan is determined to complete his mission. But when that assignment becomes at odds with his growing appreciation of the villagers and Brielle, does he follow through on the promise he’s made to his government or take a risk on the path his heart is leading him down? Either choice will cause harm to someone.

Brielle and Evan must reconcile the warring in their hearts, if they’ve any hope to find the peace the seek.

Misty M. Beller is a USA Today bestselling author of romantic mountain stories, set on the 1800s frontier and woven with the truth of God’s love.

She was raised on a farm in South Carolina, so her Southern roots run deep. Growing up, her family was close, and they continue to keep that priority today. Her husband and children now add another dimension to her life, keeping her both grounded and crazy.

God has placed a desire in Misty’s heart to combine her love for Christian fiction and the simpler ranch life, writing historical novels that display God’s abundant love through the twists and turns in the lives of her characters.

A secret village living in hidden caves for a century…

One of the fun things about being a writer is letting your imagine run away with itself at times. In general, I’ve never considered myself a creative person. Not like my grandmother, who’s an amazing artist and decorator. She can look at something plain and normal and, with a little paint, create something truly beautiful.

But little by little, I’ve finally learned that just because I don’t feel creative like she is, I still have an imagination that can come up with intriguing ideas.

For example, I was listening to a historical podcast a few years ago that talked about the Vikings and the female warriors who would sometimes gain fame among them. As the hosts talked about the first Viking raids to North America, I started thinking… “What if one of those groups went farther west than any of us thought? What if they found the Rocky Mountains and lived there in a hidden community for centuries?” The thought took hold, and little by little, the idea for the Brides of Laurent series came to life.

I eventually changed the village to be a French settlement named Laurent. The village’s primary warrior was a woman named Brielle Durand, who’d worked hard to win her place as Le Commandant, leader of the Guards and Hunters. I love Brielle’s strength and wit, but also how real her personal struggles became as I wrote her character.

Add in a mountain man spy working for the United States government, and you have the secret for a romance with sparks to light up the mountain sky!

I pray you love A Warrior’s Heart, the first book in this new series. And keep an eye on some of the other characters in the book who might get their own stories soon!

To celebrate her tour, Misty is giving away the grand prize of a $50 Amazon gift card!!

I have been blogging book reviews for awhile now.  I have had the privilege of reading books by new authors and for authors I know.  It sure has been a joy reading all the books that I have received.  I couldn't pick a favorite as there has been so many.

Fall will soon be here.  It is a perfect time to read.  I plan to.  Sitting in my recliner, cup of tea on the table next to me with a throw covering my feet.  Want to join me?  Do you need a book recommendation?

This was my first time reading anything by Lindsey Hutchinson.  I loved the cover and soon discovered I loved the book.  I was pleased to discover that she has quite a few more books that I can lose myself in.

I love anything based in England and historical in nature.  A Winter Baby For Gin Barrel Lane was perfect.  I grew to love the characters.  They were brought to life by Ms. Hutchinson's words.

Dolly and Jack were blessed.  They shared their blessings with others. They treated everyone with respect and kindness.  They were not judgemental by someone's appearance.  They went out of their way to help their community. 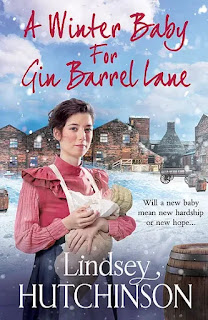 Wonders of the Galaxy: A Collection of Cosmic Tales Excerpt Five 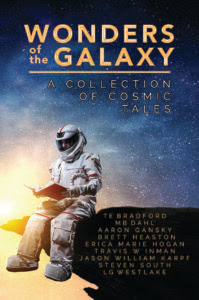 Beyond the Tides by Liz Johnson 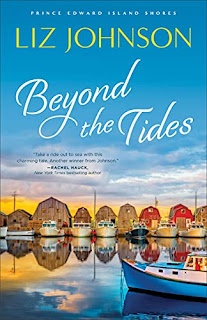 Megan needed to make some important decisions.  Could she give up what she loved to help her family?  Did she have what it takes to keep her family's lobster fishing business alive?  And what was she going to do about Oliver?

Oliver had something to prove to himself and yes, to others.  He was determined to make this work.

The book was easy to enjoy.  It was based in Prince Edwards Island.  It actually made me think of a trip we took to Maine a few years ago.  We went on a lobster boat and was given a short tour of what they do.  It sure isn't easy and you can understand how tired and achy Megan must have felt when she was working on the boat.  In addition, Megan gets sea sick!!!!

Can Megan and Oliver put aside their differences?

How exciting that this is actually the first book of a new series!

I received an ebook from Revell to review.

By day Liz Johnson works in marketing. She finds time to write late at night and is a Christy Award finalist and a two-time ACFW Carol Award finalist. Liz makes her home in Phoenix, Arizona where she enjoys theater, exploring local history, and doting on her nieces and nephews. She loves stories of true love with happy endings. Find out more about Liz at www.LizJohnsonBooks.com