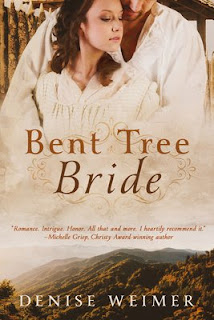 Susanna lived a life of privilege.  Her future was planned out.  Her father had a husband selected for her.  Susanna had no say in the matter.  She was to do what she was told.

Of course, Susanna was determined to live her life the way she felt she should. Throughout the book you can see the growth in Susanna as she found herself surrounded by the historical events during the War of 1812.

Sam, a mix-blood Cherokee, was caught between two worlds.  He often found himself in turmoil.

Could Susanna and Sam have a life together despite their differences?

A love story that I could not put down.  A historical delight that made my heart pitter patter every time Sam and Susanna were together!!

I received this book for free to give a honest review.

Denise Weimer writes historical and contemporary romance and romantic suspense, mostly set in her home state of Georgia. She's authored a dozen traditionally published novels and a number of novellas. As a managing editor for the historical imprints of Lighthouse Publishing of the Carolinas, she also helps others reach their publishing dreams. A wife and mother of two daughters, Denise always pauses for coffee, chocolate, and old houses.

Posted by Jeanette's Thoughts at 4:02 PM No comments:

FROM THIS MOMENT by KIM VOGEL SAWYER 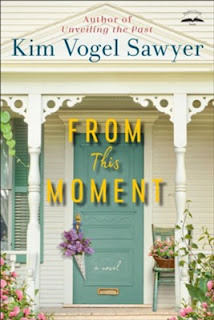 A book that was touching and inspirational.  A story that moved me greatly.  Jase was heartbroken.  He questioned his faith after experiencing a loss. He accepted a job as a youth minister in a small town.  This move changed not only his life but also Kenzie's and Lori's.
The main characters all had to learn how to emotionally deal with their pasts.  Everyone is different in how they handle loss or grief.  Some find unhealthy ways to deal with their pain.  This can lead to very serious consequences.
The book had some unexpected twists and turns which made the ending not as I expected it to.  I loved it!!
A few Bible passages came to me as I read this book.
Isaiah 43:2

Romans 8:28, "And we know that in all things God works for the good of those who love him, who have been called according to his purpose." (NIV)

I received this book from WaterBrook & Multnomah to give a honest review.

Kim Vogel Sawyer is a highly acclaimed bestselling author with more than one million books in print in seven different languages. Her titles have earned numerous accolades including the ACFW Carol Award, the Inspirational Readers' Choice Award, and the Gayle Wilson Award of Excellence. Kim lives in central Kansas with her retired military husband, Don, where she continues to write gentle stories of hope. She enjoys spending time with her three daughters and her grandchildren
Posted by Jeanette's Thoughts at 9:57 PM No comments:

The Wedding Planner by Laura Brighton 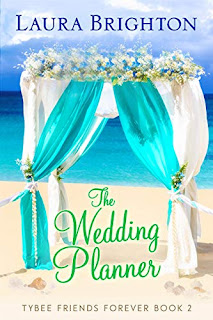 Just discovered a new author and I had to share.  Her name is Laura Brighton.  Her books are based on Tybee Island.  Sounds like a wonderful place to live or visit.

This story is about The Wedding Planner on the island.  Her name is Rachel.  Rachel has suffered heartbreak in her early years.  She thought she was over it but as the story unfolds she realizes she has much to learn about healing and forgiveness.

I was enjoying the story when it abruptly ends.  What?  I have to wait to the next book!!  I will keep a look out for the next one as I have to find out if Rachel gets the answers she needs to move forward.

I received this for free from Book Sirens to give a honest review.

Laura Brighton lives on the southeast coast of the United States, full of sunny beaches, beautiful marshes and stories that speak to the heart. Her women's contemporary fiction resonates with women of all ages. And so does her blatant addiction to good books and great food!
Posted by Jeanette's Thoughts at 9:39 AM No comments:

The Robin's Greeting by Wanda Brunstetter 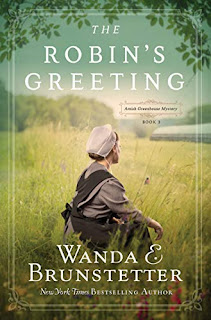 Have you ever been so excited to read the latest book by your favorite author but sad when finished?  This is always the case for me when I have a new book by Wanda Brunstetter.  The Robin's Greeting is the third book in The Amish Greenhouse Mystery Series.  This book brings everything to a conclusion.  I was quite surprised at the ending.

The theme of Forgiveness runs throughout this book. There were moments in the story that I was surprised forgiveness was given.  It isn't easy to do.  Carrying the anger and bitterness inside when you are wronged can eat you up.  You are giving the other person too much power over them.  Forgiving is freeing!

Believe me, I have been treated poorly in a past relationship.  I could have used this to be bitter and suspicious of others.  It would have been easy to put up an imaginary wall up and not let others in.  But I would have missed much.  I was not going to let this keep me caged up.

Jesus was nailed to the cross and said "Father, forgive them, for they know not what they do".  Quite powerful.

You will love this book.  I have received a copy of this book from Barbour Books and being a member of Wanda's Clippity Clop Club.

Posted by Jeanette's Thoughts at 5:04 PM No comments: 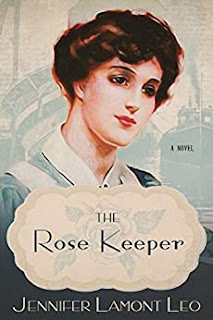 Clara kept to herself.  She didn't let anyone in.  She prided herself for being a good nurse  and she loved her roses.  Everything else she kept at a distance.

But was it enough?  Clara's quiet existence was about to change.  A new tenant has moved in the apartment building.  And she had a young daughter!

A lovely story about Clara and how she "bloomed" and grew after Laurie and Rosalie moved in.    Clare's story was quite touching.  The relationship Clara shared with Laurie and her daughter, Rosalie, impacted the way Clara saw the world.  With this change, Clara opened her heart to others and with GOD.  What an impact this made in not only Clare's life but with so many others.

I received this book from the author, Jennifer Lamont Leo, to give a honest review.  Thank you as this story touched me as well.  I highly recommend that you pick up a copy.

Posted by Jeanette's Thoughts at 7:13 AM No comments:

A Dance In Donegal by Jennifer Deibel "THE TRANQUIL, SOOTHING POWER OF A SIMPLE CUP OF TEA ALWAYS TOOK MOIRA BY SURPRISE."

This line drew me right in and well, hello, Moira and Sean did, too!  I love books that are based in Great Britain.  England and I have a relationship going.  I love the history of the British Isles.  I can't get enough of the Royal Family.  My Mother was born there and I have visited at least 7 or 8 times.  I long to go and travel throughout Great Britain as I have ties to Scotland and Ireland.

This book was just lovely.  Moira's faith was tested over and over.  She knew GOD was by her side and she got her strength from that.  HE had a plan for Moira.

Sean was caring and very respectful to Moira.  He learned so much from his boss and friend, Colm.

Peg and Colm were a lovely couple that practiced what they preached.  They were just what Moira needed.  They were supportive and did not judge others.  There were others in their small community that believed the gossip about Moira and treated her poorly.  I was stunned by the behaviors of some of the ones that Moira counted as friends.

Can Moira find happiness in Donegal?  Is Sean part of her future?  Will she ever feel part of the community?  Will she get the answers to all her questions about her Mother?

I received this book for free from Revell to review.

Jennifer Deibel is a middle school teacher and freelance writer. Her work has appeared on (in)courage, on The Better Mom, in Missions Mosaic Magazine, and others. With firsthand immersive experience abroad, Jennifer writes stories that help redefine home through the lens of culture, history, and family. After nearly a decade of living in Ireland and Austria, she now lives in Arizona.

Debut novel, A Dance in Donegal, releases February 2, 2021 from Revell. Follow Moira Doherty to the wilds of rural Ireland in 1921. Available for preorder wherever books are sold.
Posted by Jeanette's Thoughts at 8:15 AM No comments: 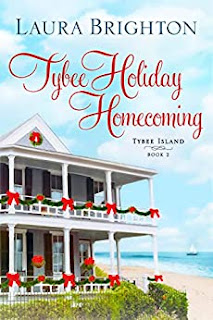 A cute story about a close family getting together for the holidays.   The mother, Julep Tucker, is the matriarch that is trying to keep everyone together.  She is finding her way after her husband died a year ago.  She has to make some difficult decisions that might not make everyone in the family happy.
I love reading of how the family pulls themselves together.    Each member of the family has a story to tell on their own.  Fortunately, there are five books in the series so we can revisit the Tucker family again and again.
I enjoyed this book.  It was described as being similar to a Hallmark movie.  I can see that.  It was just what I needed to read to take me away from all the worries of today.
I received an advance review copy for free, and I am leaving this review voluntarily.

Laura Brighton lives on the southeast coast of the United States, full of sunny beaches, beautiful marshes and stories that speak to the heart. Her women's contemporary fiction resonates with women of all ages. And so does her blatant addiction to good books and great food!
Posted by Jeanette's Thoughts at 7:51 AM No comments: