I visited Jamestown many years ago.  I loved the history and the beautiful scenery.  I would love to go back and visit once again.  I had a mini vacation there without leaving the comfort of my home.  Ms. Frantz wrote this wonderful book based in the 1600s.

I loved the main characters.  Selah was beautiful inside and out.   She had a strength that was much needed to survive during this time.  Xander.   What a strong name for a man who is also warm and tender when he needs to be.  They may be a match but first they must survive through the circumstances before them.

I enjoyed reading about the other family members as well as Selah and Xander.  I liked Xander's Aunt and the ways she loved Xander like no one else could.

Maybe I'll get to Virginia this year!!!!! 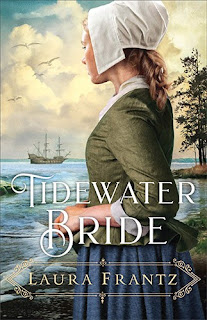 Jody Hedlund's A Cowboy For Keeps

I have always been a fan of westerns. So I have watched a lot of the old tv shows as they don't make them like they used to.  I sound like my elderly relatives.  So when I have a chance to read a book based on the old west.....I am in heaven.

This book is the newest one from Jody Hedlund. It is going to be part of a series...hooray!  The series is called Colorado Cowboys.

I received this free to review from the author.  I was so excited as I have read many books by this author.  I have never been disappointed.  Her books are wonderful to read and not filled with any vulgarity.  I appreciate that.

This story is about Greta and her sister, Astrid.  There is much love between the sisters.  Astrid is a delight.  She reminds me of my granddaughter.  Astrid loves life!!!

Greta must make a decision quickly that will change their lives drastically.  Wyatt gets an offer that is hard to refuse.

The supporting characters were strongly written and I hope they will be in the future books of the series.  Judd is quiet but when he talks it is a must listen.  A good friend to have.

“You can walk away every time the flies start bitin’. Or you can swat ’em until they’re gone.”  This is one quote of Judd's that I loved.  This is so true.  Anytime things are difficult or not going as planned, what can you do?  You have a choice of giving up or put up a fight.  GOD is with you throughout the good and bad times.  He listens to your prayers.  He will take on your burdens. 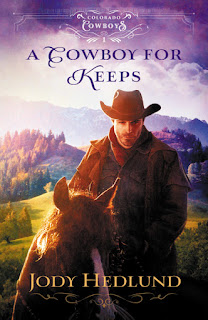 As I read this Christmas story, I could see it as a movie.  I would love to visit Ivy Hill and have tea with the Brockwell Family.

Richard Brockwell doesn't sound like someone I would want to spend Christmas with.  But people can change especially  at Christmas.

I loved reading this story.  It was a feel good book with great characters, a lovely location and set at the most perfect time of year.

Julie Klassen has put me in the holiday spirit!!!!

I received this for free from Celebrate Lit to review.

Richard Brockwell, the younger son of Ivy Hill’s most prominent family, hasn’t been home for Christmas in years. He prefers to live in the London townhouse, far away from Brockwell Court, the old family secret that haunts him, and the shadows of his past mistakes. But then his mother threatens to stop funding his carefree life–unless he comes home for Christmas. Out of options, he sets out for Ivy Hill, planning to be back on a coach bound for London and his unencumbered bachelor life as soon as the festivities are over.

But Christmas in the country presents many surprises, including encounters with an orphaned apprentice, the first love he disappointed years ago, and Arabella Awdry, a young lady who is far more appealing than he recalled–and determined to have nothing to do with him.

Will Christmastime in Ivy Hill, with its village charm, kissing boughs, and joyous songs, change his heart . . . and hers as well?

Julie Klassen loves all things Jane–Jane Eyre and Jane Austen. A graduate of the University of Illinois, Julie worked in publishing for 16 years and now writes full-time. Her novels have sold over 1 million copies, and three of her books, The Silent Governess, The Girl in the Gatehouse, and The Maid of Fairbourne Hall, have won the Christy Award for Historical Romance. The Secret of Pembrooke Park was honored with the Minnesota Book Award for Genre Fiction. Julie has also won the Midwest Book Award and a Christian Retailing‘s Best Award, and has been a finalist in the Romance Writers of America’s RITA Awards and ACFW’s Carol Awards. Julie and her husband have two sons and live in a suburb of St. Paul, Minnesota.

My fascination with England began as a girl when I read The Secret Garden and Jane Eyre, and watched A Christmas Carol. I have now been to Great Britain several times, and my affection for the place has only grown. I love the country villages with their stone buildings and thatched roofs, the narrow, winding roads (though not driving on them), the ancient churches, friendly people, plummy accents, and history. Writing fifteen novels set there has been a real pleasure.

An Ivy Hill Christmas includes all the elements of an idyllic Olde English yuletide: A charming village setting, snowfall, mistletoe, caroling, gifts for less fortunate neighbors, and festive gatherings of friends and family. I thoroughly enjoyed researching 19th century Christmas traditions and weaving them into this novella.

In the story, a confirmed bachelor is determined to remain aloof from the celebrations going on around him—and from his mother’s matchmaking schemes. But divine hope, friendship, and unexpected romance change his heart…and his mind.  I love a transformation story; don’t you?

If you’ve read the TALES FROM IVY HILL series, you will enjoy returning to the village and spending time with favorite characters. But rest assured, the novella is a standalone, meaning you can enjoy it whether or not you’ve read the other books, as these reviews attest:

“[A] standalone novella that not only beautifully captures the kindness, hope, love, and faith of Christmas but also skillfully evokes the period holiday atmosphere of Regency England.”  —Booklist

And if you like the novella, I think you will like the other books as well. An Ivy Hill Christmas would also make a lovely gift for a reading friend.

Finally, if you want to add a British flair to your own modern-day celebrations, buy (or make) mince tarts or Christmas pudding, place Christmas “crackers” (pull-apart gift tubes) on your table and wear the included paper crowns. Refer to Father Christmas instead of Santa; and instead of “Merry,” wish everyone a hearty, “Happy Christmas.”

Through the Lens of Scripture, November 30

Adventures of a Travelers Wife, November 30

Through the Fire Blogs, December 3

For Him and My Family, December 3

She Lives To Read, December 4

Writing from the Heart Land, December 4

Spoken from the Heart, December 5

For the Love of Literature, December 8

Labor Not in Vain, December 8

The Meanderings of a Bookworm, December 9

To Everything There Is A Season, December 12

To celebrate her tour, Julie is giving away the grand prize package of a copy of An Ivy Hill Christmas and the other three books in the Ivy Hill series, plus the winner’s choice of Bingley’s Tea!!

https://promosimple.com/ps/103f5/an-ivy-hill-christmas-celebration-tour-giveaway Christian Retailing‘s Best Award, and has been a  in the Romance Writers of America’s RITA Awards and ACFW’s Carol Awards. Julie and her husband have two sons and live in a suburb of St. Paul, Minnesota