There has to be another book in this series.  I just read the last page and said "what" ?

I can't believe I have to wait to find out Izzy and Luke's future.

I enjoyed reading of Luke's growth and his journey of asking for forgiveness.  It clearly was not easy.  We might not have a list of people to ask for forgiveness.  But is there one person?  What would you say?  How would it make you feel if your apology was rejected?  Or if you were actually forgiven?

Suzanne Woods Fisher is one of the authors that I eagerly look forward to reading.  She has a special talent to take me on a journey of discovery.  This Book was about Izzy and Luke and what they discovered about themselves and others.

I received this free from Celebrate Lit to review.

Book: Mending Fences
Author: Suzanne Woods Fisher
Genre: Christian fiction, Amish, Mennonite
Release Date: February 5, 2019
Every saint has a past. Every sinner has a future.
Luke Schrock is a new and improved man after a stint in rehab, though everyone in Stoney Ridge only remembers the old Luke. They might have forgiven him, but nobody trusts him. He has been allowed to live at Windmill Farm under two conditions. First, he must make a sincere apology to each person he’s hurt. Second, he must ask each victim of mischief to describe the damage he caused.
Simple, Luke thinks. Offering apologies is easy. But discovering the lasting effects his careless actions have caused isn’t so simple. It’s gut-wrenching.
And his list keeps growing. Izzy Miller, beautiful and frustratingly aloof, also boards at Windmill Farm, and Luke’s clumsy efforts to befriend her only insult and annoy her. Eager to impress, Luke sets out to prove himself to her by locating her mother. When he does, her identity sends shock waves through Stoney Ridge.
“A funny, heartwarming story of friendship, love, and the possibility of happily ever after.”—Amy Clipston, bestselling author of Seat by the Hearth
“Suzanne Woods Fisher has written a sweet and poignant story you won’t want put down. Definitely a must read!”—Kathleen Fuller, bestselling author of the Amish of Birch Creek series

Suzanne Woods Fisher is an award-winning, bestselling author of more than two dozen novels, including the Nantucket Legacy, Amish Beginnings, The Bishop’s Family, and The Inn at Eagle Hill series. She is also the author of several nonfiction books about the Amish, including Amish Peace and The Heart of the Amish. She lives in California. Learn more at www.suzannewoodsfisher.comand follow Suzanne on Facebook @SuzanneWoodsFisherAuthor and Twitter @suzannewfisher.

A Friend in Need

“A real friend is one who walks in when the rest of the world walks out.” –Walter Winchell
Luke Schrock was nearly friendless. He returned to Stoney Ridge in Mending Fences after a stint in rehab only because his bishop, David Stoltzfus, strongly encouraged him. And everybody knows you didn’t say no to your bishop.
But nobody else in town wanted anything to do with Luke. They forgave him for the trouble he’d caused in his last downward spiral, the one that went too far. The one that even scared Luke. Forgiving him was the easy part. The Amish of Stoney Ridge were intentional forgivers. It was their trust—that’s what he would have to earn. Trust was a fragile thing. Once broken, it wasn’t easily mended.
Somehow, David was still able to look past the behavior to see the best of Luke Schrock. He didn’t stop there. He found a family who was willing to take Luke in, and he spent hours with him—at times as a mentor, at times as a father figure, but mostly as a friend.
A loyal friend can have a powerful impact. Consider those friends in the town of Capernaum, who carried their paralyzed friend to Jesus for healing—so determined to get to Him that they dragged his stretcher up onto a roof, broke through the roof tiles, and lowered him down. Can you imagine being in the crowd, listening to Jesus, as straw and tile pieces and branches and bugs started to drop down from the ceiling? A shocking display…of devoted friendship. And what a miraculous outcome for that paralyzed man!*
I won’t tell you how Luke’s story ends—only that he works hard to find ways to make amends to those he hurt, to regain trust. Especially the hard-to-earn trust of a brown-eyed beauty named Izzy.
Do you have a real friend like David Stoltzfus, who walks in when the rest of the world has walked out? Or maybe the better question, for you, for me, is to ask ourselves if we are friends to others like David Stoltzfus was to Luke Schrock. I know I want to be.
*This miracle is reported in three gospels: Mark 2:1-12, Matthew 9:1-8, Luke 5:17-26.

To celebrate her tour, Suzanne is giving away a grand prize of an Amazon Kindle!!

Be sure to comment on the blog stops for nine extra entries into the giveaway! Click the link below to enter. https://promosimple.com/ps/de7d/mending-fences-celebration-tour-giveaway 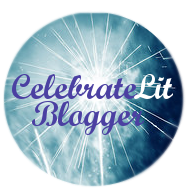