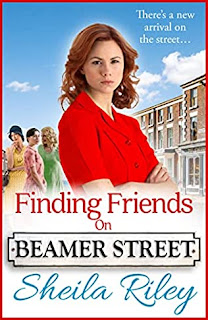 I don't know about finding friends but I found a new series that I am going to love.  This book is about Mary Jane.  She found herself in a terrible predicament.  But she was a fighter.  She had plans.

I couldn't put the book down.  It had so many wonderful characters.  Her new neighbor, Molly, befriended Mary Jane in her time of need. She became so much more than a friend. Cal, who lived across the street, took a shining to her and helped when he could.

Mary Jane's brother-in-law, Red, was everything you would want to stay away from.  I didn't like him at all.  He was a leech.

I loved Mary Jane.  She was determined to better her life.  She thought that to be successful she had to depend only on herself.  But she learned that she found wonderful friends on Beamer Street who were there for her.

I received this ebook from #BoldwookBooks to review.  How lucky I was to be able to read it!

The start of a brand new series from Sheila Riley, bestselling author of the Reckoner's Row saga

Pregnant, Mary Jane Starlings secret wedding to Paddy Redfern ends in disaster when her fiancé is

murdered on the way to the church. Paddy’s wayward twin ‘Red’ intercepts Mary Jane and warns

that they must flee Ireland for fear of reprisals from her family, never to return.

Too young and terrified to question Red’s motives, Mary Jane, is hurriedly escorted to Liverpool

However, strength, fortitude and good luck save her when she catches the eye of reclusive Cal

Everdine and is befriended by Molly Hayward’s lovable family.

But Mary Jane still has to live with the overbearing guilt of the secrets she holds.

Will she ever be able to follow her dreams and reconcile her past?

saga for Boldwood under her own name. She has set it around the River Mersey and its docklands

near to where she spent her early years. 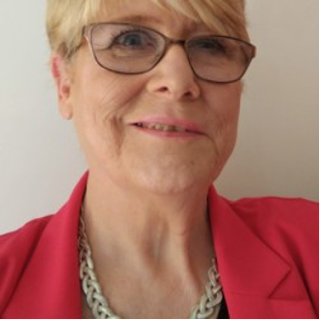