Difficult read for me as I experienced abuse in my life.  Kasia blamed herself for Blake's behavior.  Blake convinced her it was her fault.  She gave up all the things she loved to make him happy.  But in reality, nothing could keep Blake happy and in the process, she lost herself.

A chance meeting between Zan and Kasia changed their lives.  Zan was so busy trying to save his sister and Kasia.  He failed to realize that he was the one who needed to be saved.  Once Zan allowed GOD to enter his heart, he knew that "all things work together for good to them that love GOD".  Roman 8:28

There were times in the book where I wasn't sure Keisha or Bailey would survive.  Definitely a page turner!!!

I received this book for free to review.

Bethany loves a home filled with family and friends. Word gets around that—at the Kaczmarek house—food is abundant, conversations are real, and anything is up for discussion. She and her clan are fans of laughter, indie music, sonic screwdrivers, and superheroes. Home is wherever in the world they’re all together.

To celebrate her tour, Bethany is giving away a grand grand prize a signed book, a Polish pottery mug with two of the main character’s favorite kinds of teas, 4 of her favorite albums (Josh Garrels, Waterdeep, The Gray Havens, and Andrew Greer), a box of chocolate butter cookies, and a $50 Amazon gift card.!!
Click below to enter. Be sure to comment on this post before you enter to claim 9 extra entries! https://promosimple.com/ps/c5dc 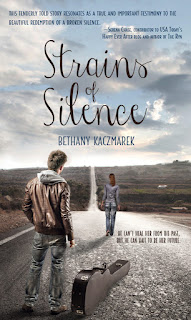