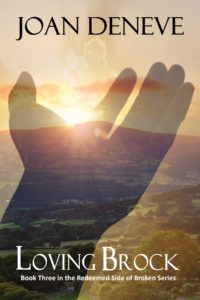 Brock is a man who loves GOD.  He accepted Jesus into his life and found much pleasure serving him. Jesus made the ultimate sacrifice for us.  Brock wholeheartedly believed that GOD was telling him that he had one sacrifice of his own to make.

Have you ever felt GOD calling you to make a sacrifice?  Have you thought of making a sacrifice for GOD?

I found myself wondering if I could.  Does that make me a weak Christian?  A bad one?  We each have a Christian journey we must take when we make the decision to follow Christ.  We have to give up our old ways and walk down a new path.

I didn't read the earlier books in this series.  So I didn't get to read about Brock and his prior journey.  But I loved the Brock in this book.  He was a LOVING BROCK.  He gave so much to others so I'm not surprised how his life was blessed. 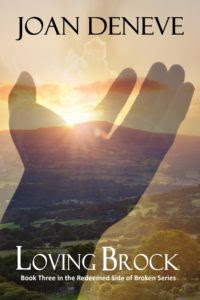 Title: Loving Brock
Author: Joan Deneve
Genre: Contemporary Christian Women’s Fiction & Romance
Release Date: April, 2018
For years, Brock Whitfield served God with joy and contentment at the mission hospital he founded in Angola.
When Joy Stockman joined their team as a surgical assistant, he found a woman whose zeal for God and heart for people equaled and in many ways surpassed his own. Before he knew it, his admiration and respect for her blossomed into love. After years of serving alone, Brock began to hope that God was giving him another chance to love and be loved in return.
A crisis arose within the family causing Brock to put his personal plans on hold. As he prayed for guidance, Brock’s faith and obedience were put to the ultimate test as God brings the perfect person into his life and then asks him to give her up. 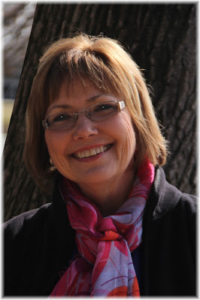 Joan Deneve enjoys being a wife, mother, grandmother, teacher, and author, but her favorite role and defining title is that of Christian. Joan teaches English in a Christian school and has a passion to help young people fall in love with Christ and equip them to become all God wants them to be.
Joan shares her life with Rene’, her husband of forty years. Together they reside in Prattville, Alabama, a quaint city with southern charm and hospitality.
Joan loves to laugh and spend quality time with family and friends.

Christian Author, J.E.Grace, May 3
proud to be an autism mom, May 4
Mary Hake, May 4
Among the Reads, May 5
The Christian Fiction Girl, May 5
Bibliophile Reviews, May 6
Remembrancy, May 7
Janices book reviews, May 8
Mommynificent, May 9
Carpe Diem, May 10
A Baker’s Perspective, May 11
Bigreadersite, May 12
Debbie’s Dusty Deliberations, May 12
Artistic Nobody, May 13 (Spotlight)
Reading is my SuperPower, May 13 (Interview)
Texas Book-aholic, May 14
Jeanette’s Thoughts, May 15
margaret kazmierczak, May 15 (Interview)
Henry Happens, May 16
Quiet Quilter, May 16 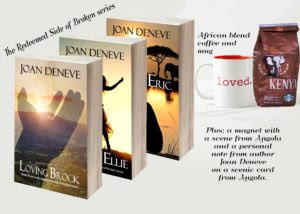 To celebrate her tour, Joan is giving away a grand prize of the entire The Redeemed Side of Broken Series, African blend coffee, coffee mug, a magnet from Angola, and a personalized message from the author on a special card from Angola!!
Click below to enter. Be sure to comment on this post before you enter to claim 9 extra entries! https://promosimple.com/ps/cc63

Posted by Jeanette's Thoughts at 10:38 AM