She didn't want to be known as the "Major's Daughter.  She had dreams and aspirations for so much more.  And she was going to do it!

Frisco felt like he never belonged to anyone or anywhere. He was going to find a place he could call his own.  And the Mayor's Daughter stood in his way!

I have always enjoyed Regina Jenning's books.  I loved the cover as the main character, Caroline, appeared so confident.  She was pretty gutsy in her quest of the American dream to own her own piece of land.

With time, Caroline discovered that she could make her dreams come true and be The Mayor's Daughter at the same time.  Caroline might have got in the way of Frisco's plans but plans can change. Frisco and Caroline both wanted a place to call "home".

I loved it.  Five Stars! 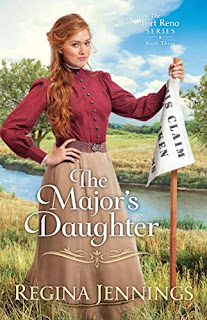 ABOUT THE AUTHOR- REGINA JENNINGS
After a particularly stressful day of parenting, Regina Jennings decided to create a fantasy world that didn’t involve potty-training or stain-removal, and thus began her career as a historical romance writer. Since then, she has written more than a dozen historical novels that are sold worldwide and have been translated into three languages. (To read about her publication journey click here.) 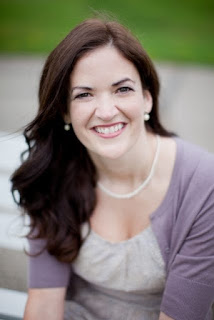 A graduate of Oklahoma Baptist University, Regina is the winner of the National Reader’s Choice Award, two-time finalist for the Golden Quill Award and a finalist for the Oklahoma Book of the Year. She has also worked at the Oklahoma National Stockyards and First Baptist Church of Mustang. Now, she spends her free time learning to play the banjo and traveling with her husband of twenty-six years. Highlights include working at a leper colony in India, sleeping on a trampoline for a week in Senegal, and getting a problematic weapons search in a Mexican prison. 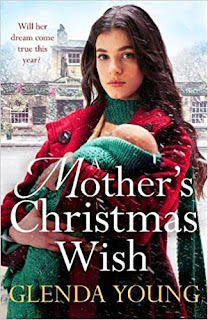