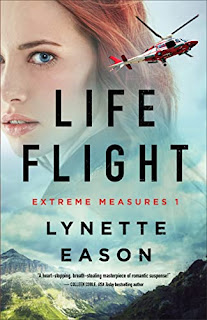 What an exciting story!  Each chapter had me holding my breath. What more can happen?  I loved Penny and her determination to do her job and to do it well.  She showed her bravery in the times that she could have easily fall apart.  Plus Penny's job as a helicopter pilot is very unique and quite cool!!
I don't want to reveal anything to spoil the book.  But there were times,  I thought Penny put herself in risky situations when she knew that she was already in danger.  I was yelling at her, "No, don't".  But she didn't listen to me!
I will continue looking for anything written by Lynette Eason.  It was exciting and a page turner.
I received this book to review from Revell Books. 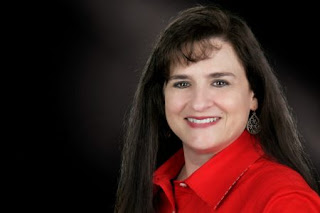 Lynette Eason is the best-selling, award winning author of over fifty books including the Women of Justice series, the Deadly Reunions series, the Hidden Identity series, the Elite Guardians series and the Blue Justice series. She writes for Revell and for Harlequin’s Love Inspired Suspense line. Her books have appeared on the CBA, ECPA, and Publisher’s Weekly bestseller lists. She has won several awards including the Carol Award, the IRCC award, the Selah, and the Christian Retailing’s Best 2017 Award. She placed in the top ten in the James Patterson 2016 co-writer contest. The movie, Her Stolen Past, based on Lynette’s novel with the same title, aired February 2, 2018 on the Lifetime Movie Network.

Lynette is a member of American Christian Fiction Writers (ACFW), Romance Writers of America (RWA), Mystery Writers of America (MWA), International Thriller Writers (ITW), and Faith, Hope, and Love (FHL) chapter of RWA as well as the Kiss of Death (KOD) chapter. Lynette lives in Simpsonville, South Carolina with her husband and is the mother of two grown (ack! How can that be?) children. She can be found online at www.lynetteeason.com and www.facebook.com/lynette.eason and @lynetteeason on Twitter.