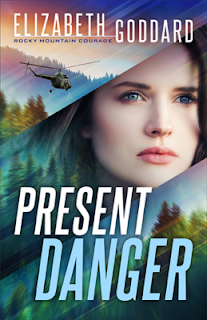 What?  I usually can figure out the bad guy before the last chapter.  But not in this book.  The killer could have been one of many.  Tara and Jack had a past but was there any chance of a future?
The main characters, Jack and Terra, had something to prove to others as well as to themselves.  This could be a strength or a weakness.  Terra's mother once told her that " The direction your life takes often come down to one decision, one moment in time."  I'm sure that at one time or other you can look back at a decision that altered your life.   I often wondered if I went to college straight out of high school instead of later how my life would have been different.  What if I turned left instead of right?  These decisions didn't seem like much at the time but your whole life can change because of them.
The story was interesting and action packed.  Terra was a strong and intelligent woman with a career.  She wasn't just waiting for a man to rescue her.  But if she needed someone  to do so, Jack was the man.
I received the free Ebook from Revell Reads to give a honest review.
at May 01, 2021